These saints and their stories are fairly new to me, and we don’t usually think of Scandinavia as the home of Catholic saints. But, like most of medieval Europe, the Scandinavian countries were also Catholic once upon a time and had a vibrant spirituality all it’s own. After reading Kristin Lavransdatter this year, I got to know St. Olav and St. Sunniva. I have also explored the story of St. Bridget of Sweden (and was surprised by how much she had in common with the fictional heroine, Kristin Lavransdatter!). St. Thorlak is also very new to me, one I first heard when a child at my parish chose him for her confirmation saint. I had to go home and look him up, and what a fantastic story he had!

I thought that I would share a bit about these saints with you today, in case some (or all!) of them are new to you as well. You may come to love them just as I have!

St. Olav of Norway was born Olav Haraldsson, and was son of a petty king in Norway. He was the ruler of Norway from 1015 to 1028. He is often credited with bringing Christianity to the people of Norway, and was killed at the Battle of Stiklestad. He was declared a saint not long after his death and his body was enshrined at the Cathedral in Nidaros. He was posthumously declared ‘perpetual King of Norway’ and is a patron saint of the country. He was a very important saint to Lavrans and Kristin in the book Kristin Lavransdatter. His shrine at the cathedral in Nidaros also became a final destination in a pilgrimage that still exists today. I would love to one day travel on that pilgrimage (at least a tiny part of it!) myself. Not sure if that will ever really happen, but it is nice to think about!

St. Sunniva is a saint I had never heard of until I read Kristin Lavransdatter! Her story is so interesting though, and even though she was technically from Ireland, her story takes place in Norway and she has become a favorite saint among Norwegians. According to legend, Sunniva was a Christian Princess and heir of an Irish kingdom in the 10th century. When an invading pagan King wanted to force her to marry him, Sunniva and her brother, Alban, fled with their companions by boat. They landed on the Norwegian island of Selja. People on the mainland were suspicious of the people on the island and accused them of stealing their sheep. When a group of armed men came to the island to kill the inhabitants, Sunniva and her companions fled into a cave. There, they prayed to be spared by God and the cave was closed in by a rockslide (:O)

Many years later, after Norway became Christian nation, legend says two farmers anchored at Selja to spend the night on a journey to Trondheim, where they saw a supernatural light over the island and discovering a bleached skull with a sweet smell. Arriving in Trondheim, the two men shared their experience with the bishop. After another account of similar events by a different witness, the king and bishop travelled to Selja and found many sweet-smelling bones. They excavated the cave and recovered the body of Saint Sunniva incorrupt and looking as if she were sleeping. The bones were collected and placed in a casket, and the body of Sunniva was placed in timber shrine. The island of Selja and ‘the Seljamen’ then became a place of Norwegian legend and St. Sunniva a beloved saint.

St. Bridget of Sweden was born in Sweden in the early 14th century and died in Rome in 1373. She came from a wealthy Swedish family and was a spiritually curious child. She married as a young teenager and gave birth to 8 children. She encouraged the faith of her husband, and legend says she taught him to read. She also encouraged the faith of her children, and her daughter Catherine is also considered a saint. Throughout her life, Bridget had many mystical experiences and after the death of her husband she decided to found a religious order. In 1349 she traveled to Rome to ask for official papal approval for her order, only to find herself caught up in a Europe overtaken by the Black Plague.

Bridget remained in Rome for the rest of her life. Her life was not easy, but she became beloved for her faith and kindness. She went on several more pilgrimages, including to Jerusalem and Bethlehem. After dying in Rome in 1373, her remains were later moved back to Sweden. I was struck by home much of her story reminded of me of Kristin Lavransdatter– from her beginning as the daughter of a wealthy land owner to a young wife and mother to many children, experiencing the horror of The Black Plague and then dedicating her later years to God. I would love to read more about her, if anyone has a book to suggest!

St. Thorlak of Iceland is an interesting saint that I have only just recently learned about! He came from a humble farming family in 12th century Iceland and was set apart as very different and very intelligent at a young age. As a small boy, he taught himself to read (at a time when very few adults could!) and memorized large portions of scripture and the psalms. He impressed people with his deep and interesting questions. One year the harvest was bad, and Thorlak’s mother took him and his sisters to stay at the farm of a chieftain. This farmstead was also a place of political and edcuational influence, and Thorlak made quite an impression. With his love of learning, deep thought at The Bible, Thorlak entered religious life. He became a deacon at the age of 15 and a priest at 18. He went to Europe to study for several years before returning to his native Iceland. He had unique gifts that lead him to be an innovator in The Church of Medieval Iceland and he was locally made a saint after his death. He was officially canonized in the universal church in 1982. Because of his unique story and gifts, in recent years Thorlak has come to be considered the patron saint of people with Autism. There’s a great website called Autism Consecrated that explores The Way of St. Thorlak if you’d like to learn more.

I hope you enjoyed learning a bit about these Scandinavian saints! Is there a particular one that speaks to you? Or one you hadn’t heard of that you’d like to learn more about? I’d love to hear your thoughts on these Scandinavian Holy People.

Well, I am off for now but I wish you a Happy Holy Week this week! I hope you have a wonderful Easter as well. I’ll be back soon to talk with you, 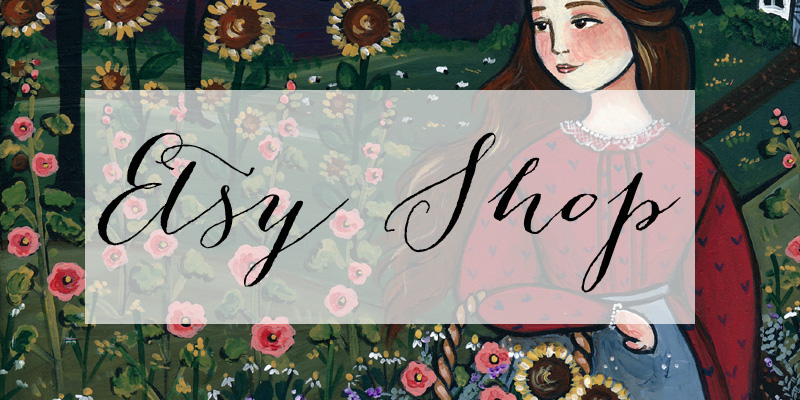 The southern gothic pilgrimage has begun! 📚
🌻 how is your garden growing this summer?🌻
Selbu mittens 💙❤️🤍 just finished! An ode to Norway for my friend Winnie for her birthday! So happy with how they came out, and they arrived at her house on the feast of St Olav (July 29) 🇳🇴 now on to more mittens 🤣
Can you believe it’s almost time to start lessons again? At the moment I am finishing up my summer training for level 2 of Catechesis of the Good Shepherd. My brain is so full 😆😆 also working on the 2023 calendar, it’s getting there!
❄️❄️❄️🎄🎄🎄 Ah, just looking at this painting cools me off a little! This is “bringing home the Christmas tree.”
🎄 ❄️ welcome back to more Christmas in July! ❄️🎄 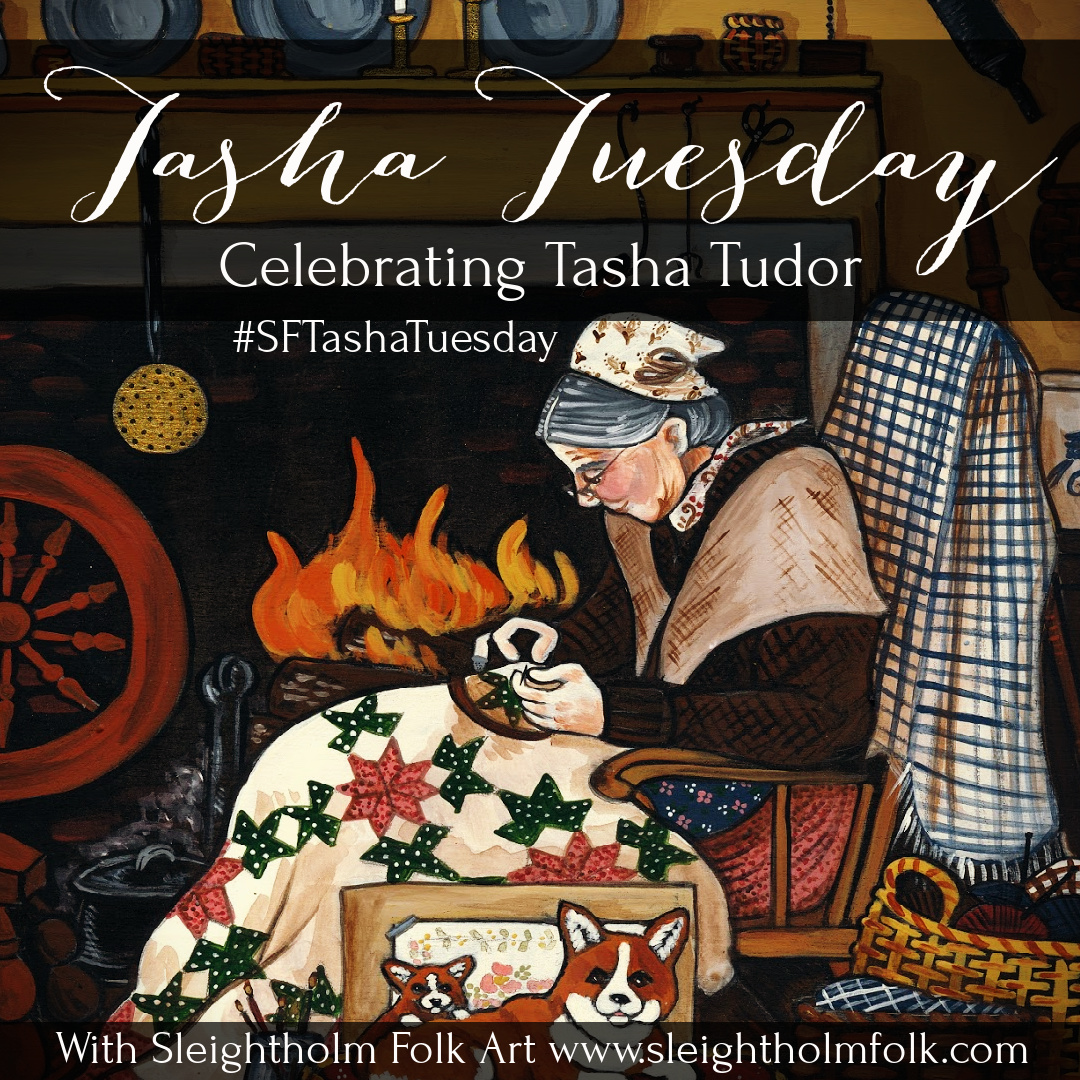 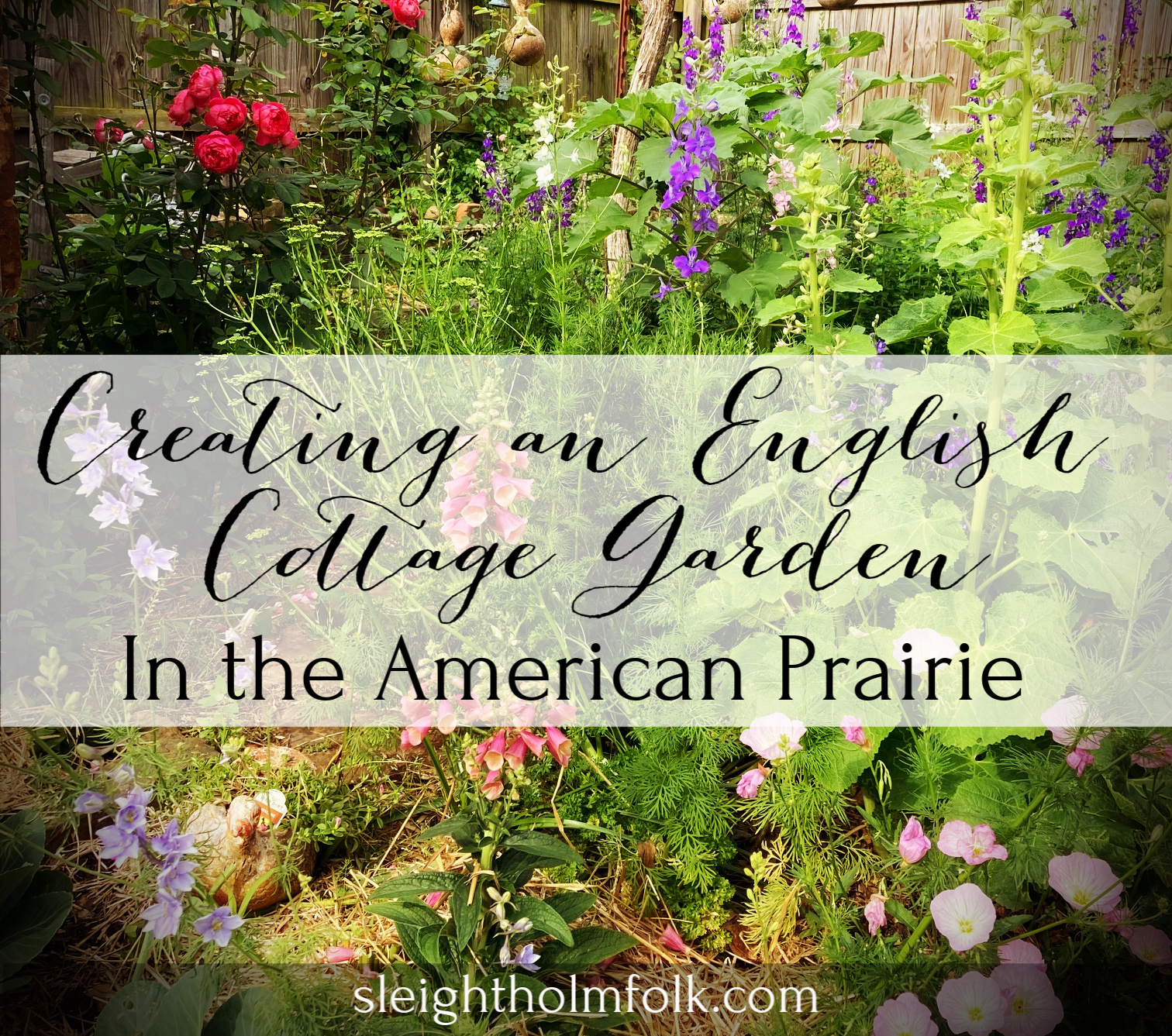